Another top meeting this Tuesday with five pieces in the box and a whopping seventeen members in attendance (I think the most we’ve ever had!). A very warm welcome to our newest member, Marc, who presented some great first-time crits. We look forward to reading some of your fiction very soon!

Before we get to the meeting, can I drop in a gentle reminder to everyone about donations: MadLab give us the space for free and we try to make sure that we ca give something back to help keep them afloat. We suggest £1 per meeting, though I know some people like to put in a lump sum for a number of meetings. You can find the donate link in the bar to the right.

OK, to the crits!

James presented the first part of a piece called Arthur Leyland. Members enjoyed the shock factor, striking opening, and the very very dark humour. There was lots of praise for the character moments: members felt this nicely captured the conflicted nature of loss and grief. Some questions over Arthur’s reaction at finding his father (check for a pulse, man!). Also, some members wondered whether the flashback/memories should come where they do (given the rather dark hole we are looking into!), and whether we need quite so many of them. Some members were wanting some more sensory writing: there are loads of bodily fluids, but where are the smells? (God help us!) Calls for a closer narrative voice, some more shocks, some more showing, and a little less telling.

Claire presented the first part of her children’s story, Gendry the Christmas Elf. Members enjoyed the fairy-tale style in this piece as well as the charming imagery and the mischief of our main character. Praise for the clear prose and fun style. Some questions raised over just how big Gendry is and whether raspberries really would dye a fairy purple. Also, why is the juice so horrid and smelly? Some members felt it would be useful to see how this would look in print with illustrations, this might give a better indication of the pacing. Calls to keep the writing a little more consistently fairy tale esque, to keep the rhythm bouncy, and to add in some more fantasy elements to the world (we want fairy-berries!).

Eric presented the first part of Mr. Death, a short story about an office worker with a not-so-tender touch. Lots of praise for the unconventional protagonist and his neurotic inner monologues (some members felt this could have been taken further). Some questions over Andre’s motives: why does he go out with the office gang if he doesn’t want to be around people? Perhaps we could play up the social anxiety/pressure angle? Calls for a quickening of the pace, more misanthropy, and more detail on our protagonist (is he deaf? Is he autistic?). 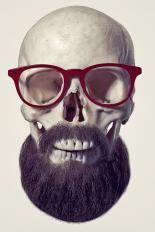 Tom presented the third chapter from his sci-fi epic Children of Akorest. Lots of praise here for the action scenes and descriptions of the characters and port. Lots of intrigue about the jarsens’ ‘pact’, I think all were agreed that this was a great backdrop to the species and a mystery we can’t wait to have solved. Some questions raised over whether we need to meet so many characters in this chapter. Perhaps we could meet some of them later when they’re doing what they do best. Calls for a bit more description of the setting and a slight slowing of the pace. Calls, also, for a slightly closer perspective (we want a look inside that jarsen’s head!).

To everyone’s utter dismay, we ran out of time before getting to Chris’s piece. Through the wailing and sobbing and the salty salty tears we agreed to bump the piece to the next meeting.

That’s all for now. Next meeting Wednesday the 9th November. See you there!