Thanks to everyone who attended last night’s meeting. We had eight people attending, all with pieces of work submitted for discussion. Chocolate Brazil nut cookies by Guy. 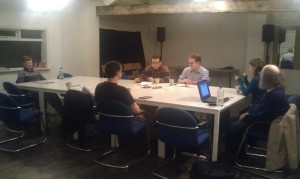 Before I get started with the usual summary, the meeting overran again last night and at the pub afterwards we discussed whether we should cut the number of stories. So let’s try seven next month and see how we get on. I know a few people voiced concerns over members (especially those pesky novel writers) quickly submitting their pieces after each meeting to beat the queue. Well, whether this happens or not, they can’t submit multiple pieces at once so anyone that misses out one month will have first dibs for the following month. I think it’ll manage itself, but let’s see how we get on.

One last piece of advice: be careful not to mistake someone else’s green tea with what you think is your own black tea . . . 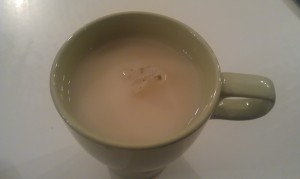 It doesn’t actually look that bad in the photo.